Dr. Shaha is an Attending Surgeon on the Head and Neck Service at Memorial Sloan-Kettering Cancer Center, Jatin P. Shah Chair in Head and Neck Surgery, and Professor of Surgery at Cornell University Medical College, New York.  Dr. Shaha completed his surgical training at M.S. University of Baroda, India and worked as a House Surgeon at Tata Memorial Hospital, where he developed an interest in head and neck surgical oncology.

After his arrival at Memorial Sloan-Kettering Cancer Center in 1975, Dr. Shaha did a surgical oncology fellowship and subsequently completed his surgical training at Downstate Medical Center in Brooklyn, New York.  Dr. Shaha returned to Memorial Hospital in 1981 as a Fellow in Head and Neck Surgery.

During his post-graduate training, Dr. Shaha secured several gold medals and was given the Golden Apple Teaching Award at Downstate Medical Center.  Other awards Dr. Shaha received include: Faculty Member of the AOA Honor Medical Society, the Outstanding Teacher Award at Memorial Sloan-Kettering Cancer Center in 1996, the Honor Award from the American Academy of Otolaryngology/Head and Neck Surgery, and he was named Visiting Professor of the Society of Head and Neck Surgeons in 1997 and 1998.

He is an honorary member of the Brazilian College of Surgeons, the Cuban Surgical Society, Association of Surgeons of India, the Korean Head and Neck Society, Latin Head and Neck Society, Panamanian Society of Oncology, Chilean College of Surgeons, and Costa Rican Endocrine Society.  He has been a visiting professor at many universities throughout the United States, as well as a guest speaker in many South American, Asian and European countries.  He was the Program Chairman for the Fifth International Head and Neck Oncology Meeting in San Francisco (2000) and served as the Conference Chairman for the Sixth International Head and Neck Meeting in 2004.  Recently Dr. Shaha was the recipient of the Distinguished Service Award by the American Academy of Otolaryngology – Head and Neck Surgery; he was recently nominated as President of the American Association of Endocrine Surgeons.  Recently he was elected to the American Surgical Association.

Dr. Shaha has been academically active at national and international meetings, with approximately 585 papers, 435 of which are peer-reviewed (PubMed and Scopus).  His Curriculum Vitae includes 140 published abstracts, 63 posters and 45 scientific exhibits presented.  His research interests include tracheal reconstruction and an experimental model of tracheomalacia and thyroid cancer.

Dr. Shaha has dedicated his professional career to the training of medical students and residents and has developed a preceptorship program at Cornell University Medical College in head and neck training for medical students.  He is Chairman of the Advanced Training Council for Head and Neck Oncology Fellowships in the USA. 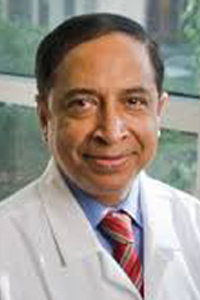